Our Story | The Hot Tub Store 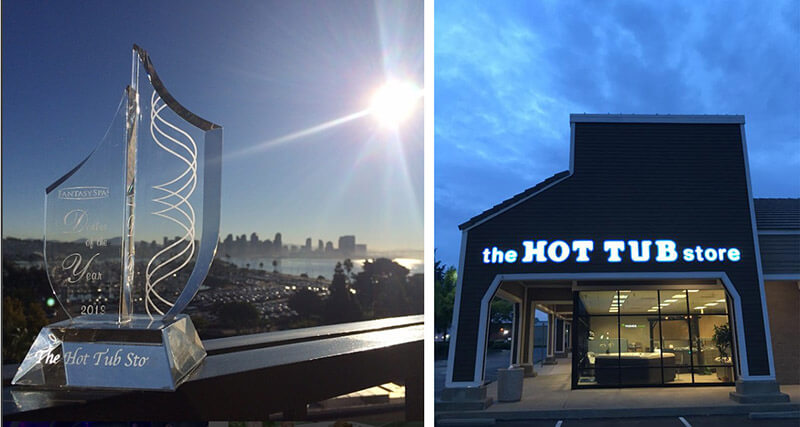 Looking for a career? Find opportunities near you!

The Hot Tub Store has been bringing the joys of hot tubbing to Northern California homes for over 45 years—longer than any other hot tub company.

It all started back in 1970, when Bob Wismer and his family moved from the L.A. area to Santa Rosa in Sonoma County. He’d learned about this fascinating new thing called the ‘hot tub’ from reading Sunset Magazine. At that time, hot tubs were simply large redwood barrels filled with hot water. He found there was no way to buy one and, being a handy guy, Bob and his friend Rick acquired the components and built a redwood hot tub. They started making hot tubs in the garage on the weekends, thinking it was going to be a fad for a year or two.

Realizing that hot tubbing was more than a passing fad, Bob opened a store in downtown Santa Rosa in 1973. That first store was on 4th Street in what is now known as Old Railroad Square. There was a fully functional redwood hot tub on display, plus three or four in stock and ready to be installed on people’s properties.

As business picked up, Bob soon partnered with Danny Matula. Danny worked building hot tubs on the weekends while teaching school during the week.

The old barrel design began to evolve. The simple redwood barrels were custom-built onsite, and holes were drilled for jets to be installed. External plumbing was installed to jet pumps and gas heaters, and the first hydrotherapy hot tubs were born in Sonoma County! The Hot Tub Store was on the leading edge of relaxation technology.

Danny opened a second hot tub store location in the town of Sonoma. Eventually, the two stores were consolidated to one larger complex in North Santa Rosa consisting of an old farm house and a large yard area for hot tub fabrication. More hands were needed to keep up with the growing demand, so kids helped their dads with the building of hot tubs and delivery to people’s backyards. Some of those kids are adult members of the present-day Hot Tub Store team. 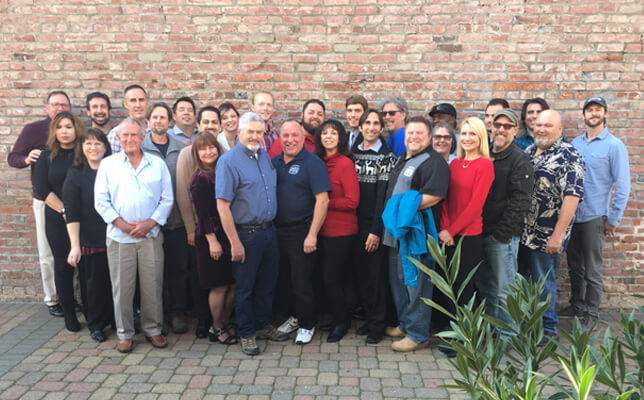 The industry was catching on to this “fad” and realizing that these ‘hot tubs’ were actually popular and desirable. Soon there were several companies starting to manufacture custom plastic molded spas in various shapes and sizes. These prefabricated spas came in different colors and could have jetting and heaters installed, like their redwood counterparts.

The original ‘hot tub’ was made of wood, so these new plastic tubs were referred to as ‘spas.’ Today, the terms are basically interchangeable and refer to all manufactured plastic molded hot tubs.  The original wooden hot tub has now mostly been replaced because they are extremely energy inefficient compared with their high-tech counterparts.

In the early days, hot tubs and spas were custom-made, but over the course of time, we ended up selling many manufacturers’ brands. The Hot Tub Store at the old farmhouse in North Santa Rosa is the place where, in 1976, we sold our first Hot Spring brand spa—a rather unusual looking, dog dish that ran on 110 volts.  It was definitely different, but it worked! It was the first self-contained, fully insulated unit that had all the equipment built into the cabinet.

Standing the test of time, Hot Spring spas always stood out above the rest—even in their early designs. PG&E did a test of several major hot tubs manufactured at that time and found the only hot tub that was at all energy efficient was the Hot Spring spa model.  It was found to cost about $12 per month, and it held its temperature for four days! In comparison, redwood and other plastic shell models typically lost temperature overnight.

In the late 1980s, The Hot Tub Store also began selling swim spas as a versatile and cost-effect alternative to traditional swimming pools. We learned through experience that a certain brand stands head and shoulders above the rest. Today, we are proud to offer the Endless Pools line of amazing aquatic fitness systems.

Over the decades, The Hot Tub Store grew from being based in one family’s garage in Santa Rosa into a much larger business with 12 stores throughout Northern California, representing different spa brands. Danny’s wife Ellen joined the family business and provided leadership for more than twenty years as President. Danny continued teaching public school and running the construction arm of the business, while Bob focused on the bookkeeping aspects. The Hot Tub Store team grew to include several other families who helped it become the successful hot tub dealership we are today.

Ellen led The Hot Tub Store team to a place of success until her premature loss against a battle with Cancer. The business was consolidated in a decision to specialize and represent ONLY the highest quality brand, Hot Spring spas. Today we operate 5 stores in Northern California.

In 2013, Danny and Ellen’s son, Sky Matula, stepped in as President and CEO of The Hot Tub Store. Sky continues to nurture The Hot Tub Store team and grow the business. Our passion is bringing wellness and relaxation to all of Northern California. Our sales team, service team, delivery team, and office team are all treasures. We continue to win numerous awards each year, including the prestigious Locksin Thompson award for the world’s top dealer of Hot Spring spas.

One of the reasons that The Hot Tub Store continues to serve so many valued hot tub customers is that our team members truly take pride in being a part of this organization. All strive to provide our family of customers with the best hot tub ownership experience possible. We are hot tubbers ourselves and we understand how hot-tubbing improves people’s lives. When hot-tubbing becomes a part of the daily routine, it actually becomes one of the best parts of your life. Hot tubbing allows you to relax and let go of stress, and connect with the people who are most important to you.

So, here we are celebrating over 45 years, having served over 28,000 customers, many of whom are on their third hot tub from The Hot Tub Store! We know that without each of our valued hot tubbers and swimmers we would not be here today. We thank them and look forward to serving you and your hot tub needs.

We encourage you to visit our showrooms and meet our amazing team of hot tub and swim spa experts. You are part of our valued family of hot tubbers and swimmers.

Everyone deserves a hot tub from The Hot Tub Store!